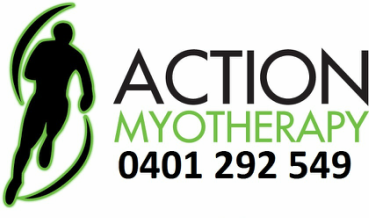 SO... WHO ARE OUR THERAPISTS?

Brad with Bree Mellburg (Australian Gliders, Wheelchair Basketball Team) in 2020
- Adv. Dip. Remedial Massage (Myotherapy)
- Cert. IV in Fitness
Brad has been a Myotherapist since 2007 in which time he has also worked within several clinics around Melbourne as well as several sporting clubs including Western Bulldogs FC and Essendon FC (AFL), Melbourne Heart and Melbourne City (A-League), Port Melbourne FC (VFL), Darebin Falcons (VFLW), Melbourne Mustangs (AIHL), Queensland Hockey Team (National Masters Championship), South Dragons and Melbourne Tigers (NBL), Melbourne Rebels (Super Rugby) and the Melbourne Storm (NRL) as well as with sports such as Baseball, Swimming, Water Polo, Diving and Aged care facilities. Brad has also been lucky enough to worked for events such as the NBL Championship '09, VFL Grand final '08, the FINA Swimming World Championships '07 and the NBL Cup in 2021 working with the New Zealand Breakers, Adelaide 36ers, Illawarra Hawks, Sydney Kings and the NBL Referees during their stay in Melbourne. On top of this one of Brad's best highlights was having the opportunity to work with one of the worlds biggest rock bands, Sevendust (USA) during their 2016 Australian Tour.

- Dip. in Remedial Massage
Mel has been a Massage  Therapist since 2011, in which time she has forged a great career for herself. During this time she has worked her way up to being the Head Trainer of the Watsonia Sporting Club as well as working with a lot of young athletes in Gymnastics, Dancing, Cricket, boxing and of course Football.

She is a happy, bubbly person with a "go-getter" attitude and an infectious nature who's easy to get along with. Not only does Mel have a passion for working with young athletes but also the general public and elderly to help with those everyday aches and pains.